More than anything, I crave adventure. But in the disease ridden land of Verald, life is mapped out much like the well-established rings of our kingdom.

At the very heart reigns our vicious king and Lord Irrik, an invincible dragon shifter, at his side. Their power poisons the land and the people, leading to a steadily mounting number of enemies.

But change is coming.

When the rebellion surges, the king strikes back.

Captured by Lord Irrik, I’m suddenly embroiled in a deadly game. One where I’m desperate to understand the rules.

Because I’m not only fighting for my life… but also a love that could be the very key to my freedom. 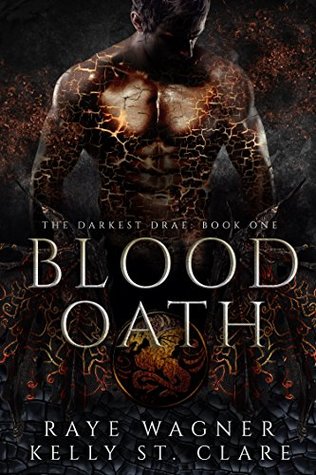 I came across this book accidentally through Amazon’s handy and highly appropriate recommendations to me (you know me so well Amazon!) to which I am pretty thankful for because this book is exactly what I was looking for; a sassy and light-hearted protagonist that suffers a horrible dark torturous fate, dragon shifters, magic, a dark world with little hope, a questionable romance that leaves you reeling and some twists and turns thrown in… but did I mention dragons!

I mean, just look at the cover art – just delicious!

Verald is a world ruled by an evil King (of course it is), the peasants are starving and the country is slowly dying. A rebellion is brewing to overthrow the cruel tyrant that killed the entire population of Phaetyn, the healers of the land, more than twenty years ago to stockpile their blood in order to live forever.

Which seems like a moronic thing to do, even if you did want to live forever.

Written in first person, which I adore as it’s just so much more personable and enjoyable, we follow a seventeen year old girl named Ryn, who always felt a little bit useless as she kills every plant she touches (which of course is a bad thing when the world is starving).

“Most people found me a bit useless, I think. Or maybe I’d killed their potato plants at some point. People were fiercely protective of their potato crops in Verald”

Ryn never felt inclined to join the rebels but nevertheless, finds herself out past curfew and runs smack dab into the king’s Drae, a dragon shifter named Lord Irrik that is shrouded in darkness & one of those brooding bad boys with a chiseled jaw and all round swoon worthy. Due to his blood oath, he spends his day burning down villages and killing everyone that the hideous King deems to be a traitor to his cruel crown. One of his superpowers is a magical persuasive breath that if he breathes on you, you become enamored & in love and totally at his mercy which I gotta say, his broodiness can breathe on me any day. Yum.

Captured by the Drae, Ryn is taken to the King who believes she knows more than she’s telling about the rebellion and therefore, thrust into the dungeon & tortured for a good portion of this book.  Crazily, she discovers that she’s not just an ordinary girl but the last living Phaetyn – mortal enemy to the Drae!

Many twists and turns ensue…

“A Phaetyn is light and life as surely as a Drae is darkness and death.”

Ryn is a wonderful main character; funny, sarcastic, sassy and full of light, resilient to the very end even when she suffers through unimaginable darkness in the dungeons of the castle and then sucker punched in the gut by the many secrets everyone but her seems to know. She continuously surprised me with the way she dealt with the confusing way her life unraveled, her quick wit and humerous personality shone through whilst her defiance led me to care for this somewhat naive yet strong female lead.

Her relationship with Lord Irrik is complicated from the beginning and only gets more confusing and difficult as the book progresses. The dragon shifter was a questionable character that I just didn’t know how to feel about, that although delicious and dark, his mercurial behavour made me really question his motives, as did Ryn.

“I stared at him, at his cold face and cold eyes and where, if he had a heart, I’d surely be able to see it.”

As the book progressed and Lord Irrik’s character developed however, I started to really feel for this lost soul of a Drae, to the point where I fell head over heels for him; he is just so scrumptious and all his actions made complete sense at the end of the book. He’s brooding but patient, loyal but deceptive; sometimes a complete jerk but ultimately I truly loved his character and am super looking forward to seeing him develop in the next book and see what other secrets he has hidden under his dark & foreboding hood.

The romance wasn’t an in your face one, more a slow build up with a surprising turn of events at the end of the book that throws you way off course and doesn’t end very well. Ughh. It was devastating and shocking, the heartache a real thing.

The world building was perfect, with just enough information to keep you going and just enough to give you an understanding the way of the life in Verald. Blood Oath, I’m sure only introduced a small part of the lovable Ryn’s world so I’ve got my eyes peeled to learn more in book two, Shadow Wings

This isn’t the darkest fantasy I’ve read and could have been a lot worse? better? with more bloodshed, death and heartache but it certainly hits the bar if you love books about a heroine undergoing torture in order to find her inner strength & dragon shifters stomping around, breathing fire and killing loved ones, which I do. Love love love!

, Book 1 of the Darkest Drae Series by these two fantastic authors, Raye Wagner and Kelly St. Clare who are most definitely on my radar now.

Read it if you heart laugh out loud funny & strong heroines, magic, romance, sexy bad boy dragon shifters and an empire to be thwarted.

Have you read this book? Did you love it or hate it? Was it too dark or not dark enough?

I bloody loved it! 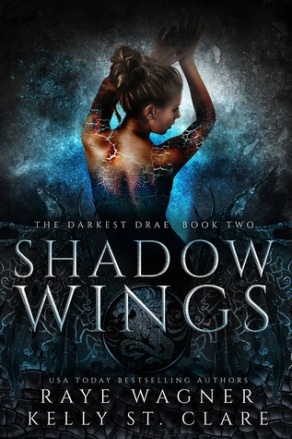 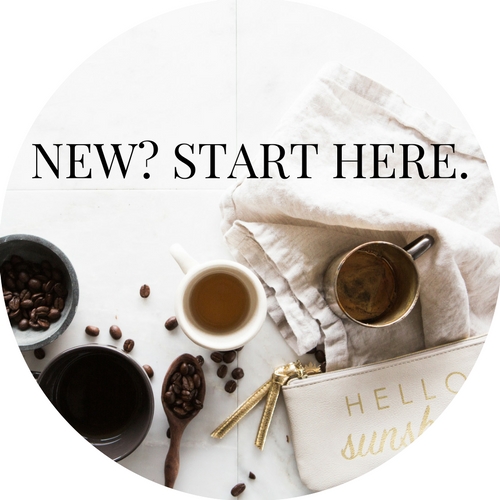 Some of the links mentioned in my posts contain affiliate links so if you subscribe or purchase something after clicking said links, I might earn coffee monies and I’ll be forever grateful because >>> coffee! Rest assured though, I promise that you will never see me post a link to a product or service that I haven’t used myself and that I haven’t loved completely!